Diwali, also known as Divali, Deepavali or Deepawali. It’s the Hindu festival of lights, celebrated during the Hindu Lunisolar month Kartika which is between mid-October to mid-November. (Diwali for the year 2020 is observed on 14 November)

Diwali is a common festival in India and is celebrated by different religion. The festival is enveloped in the silken threads of numerous legends, and for each religion it marks different stories.

The most well-known origin of “Diwali” is from the story of “Ramayana”. Lord Rāma, with the Hindu god leaving his kingdom to live in exile for 14 years. While in exile his wife Sita was kidnapped by the demon king Rāvaṇa to Laṅkāvatāra-sūtra (Sri Lanka as it’s now known).

Rāma, rescued her by defeating Rāvaṇa and return to the kingdom of Ayodhya. The villagers welcomed their triumphant return home with numerous glowing oil lamps, which becomes the festival of Diwali as now known.

HOW IS DIWALI CELEBRATED ?

Diwali is one of the most widely celebrated festivals in the world and is listed as a legal holiday in many countries. Every year during Diwali, Indian communities around the world hold celebrations, including various concerts, banquets, fireworks displays and more.

The celebrations in India usually lasting five days (Dhateras> Naraka Chaturdashi> Lakshmi Pujan> Annakut> Bhai Duj). During the festival, people illuminate their homes with diyas (oil lamps or candles) as it symbolizes the triumph of light over darkness, good over evil.

Although Diwali is not a statutory holiday in Hong Kong, the Indian community in Hong Kong will hold a feast to celebrate this important festival.

Let’s take a look at how Ines Weddings decorate a Diwali celebration in Hong Kong looks like:

After reading the above introduction, do you have a better understanding of the important festival of Diwali in India? The way Indian celebrate Diwali is as similar as the way the Chinese celebrating Lunar New Year, the Western countries celebrating Christmas, wherein friends and families get together.

We assist clients in creating memorable, magical celebrations that exceed expectations. The perfect place to craft your dream wedding

The color red is symbolizes love and happiness in

Want a fashionable and trendy design of wedding in

We're so grateful to be a part of your christmas 2 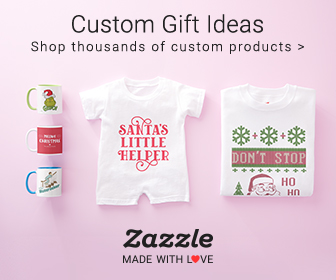